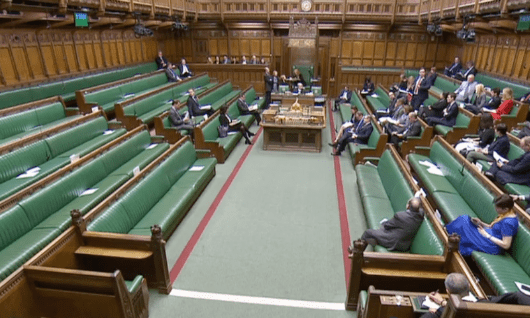 The House of Commons had the opportunity to demonstrate last week that it is taking Climate Change seriously, with the first debate on the subject in over 2 years. Sadly, the debate took place in a largely empty House of Commons, and none of the 7 MPs representing Northamptonshire thought the subject worthy of their attention.

Steve Miller, Green Party PPC for Northampton North said “As demonstrated by the children who went on strike on the 15th February, this is the most important issue of our generation, and our political classes should listen to the generation who is going to be most affected by it, demonstrate that they understand the issues, and start taking radical action to try and restrict the global temperature rise before it’s too late.”

“We need to change our energy systems, move away from fossil fuels and embrace green energy projects like the Community Solar Energy projects in Wolverton and Market Harborough. We need to re-organise our towns and cities, investing in walking, cycling and public transport. Our councils should wake up and declare a climate emergency, in common with other councils across the country.”

That none of our MPs could be bothered to turn up is a shocking indictment of all of them, and a savage betrayal of the hopes of that generation. In advance of another Climate Change Strike on March 15th, the Northants Green Party is proud to say that it stands alongside those striking students, they inspire us, they give us hope, and we wish them well on their campaigning and hope that politicians in Parliament, and particularly in Northamptonshire, start to listen before its much too late.