Born in Northampton, I now work as a doctor at Northampton General Hospital caring for the town’s women and babies in the Barratt Maternity Unit. I feel this gives me a realistic, frontline view of the issues facing the people of this town.

It’s an honour to be re-selected as the Green Party PPC for Northampton South. After the 2017 election, you may wonder - what’s next? Nothing has changed, except we now have even less time to tackle the Climate Emergency; an emergency declared by parliament earlier this year. CO2 emissions have increased whilst nationally we’ve been engaged in a collective navel gazing exercise. Any way out of our Brexit mess requires informed consent, but can’t be allowed to paralyse our government for another parliament.

As the MP for Northampton South I would make breathable air for our town a priority, and work with Northamptonians affected by our county’s failing council. Applying my life experience I would campaign for improved provision and access to women’s Healthcare. At a National level another Green voice in Parliament would increase pressure on any government, regardless of party, to make tackling the Climate Emergency priority one.

The people of Northampton deserve more than photo ops from an MP just passing through. 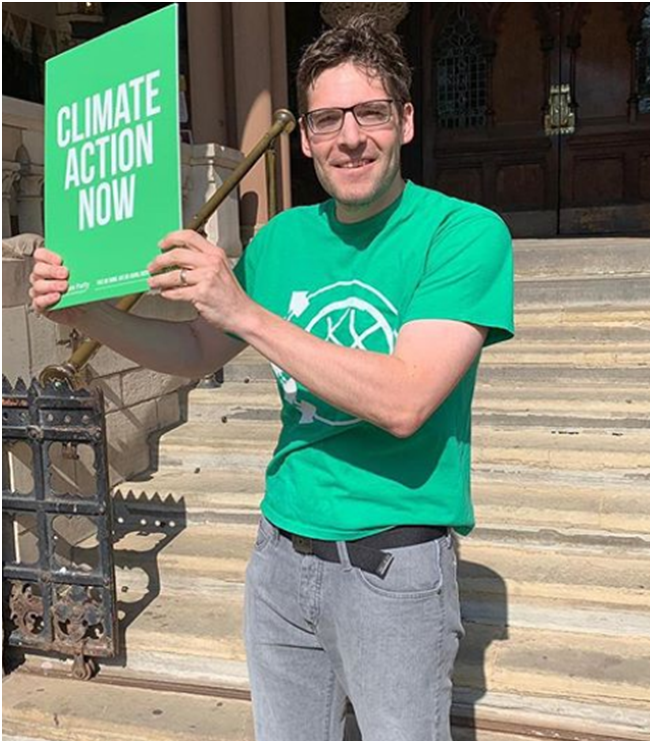